Thanks for the Giggle Melon

"Thanks for the Giggle Melon" is the 18th episode of Season 3 and the 110th story overall of PB&J Otter. In this special Thanksgiving episode, Jelly is determined to try and grow a tropical Giggle Melon fruit in Lake Hoohaw, despite the fact that many of the townsfolk believe it cannot be done.

Jelly was wearing her winter clothes and being negative at her friends. Becoming Popular plays as Jelly sings about her desire to be popular and influential. She attends a Giant Panda Experience, an octovision tour of Algeria, a marimba duet, an opera filled with snow, a dance party on Moana's Boat, and a ceremony for a Tim Hortons parade float voyage.

At the start of the only half and one, PB&J, Pinch, Scootch, Flick, and Munchy were in PB&J's sandbox playing an adventure game. Peanut, Flick, and Munchy were arguing about who's the captain. When Munchy said Howdydo Island. Jelly said that's where they grow giggle melon. Flick gets angry about giggle melon and kept on jabbering about giggle melon which made Jelly more upset. Munchy walks over and apologizes her. Peanut recovers it by saying that they can play 'Pass The Butter Please'. They walk over to the swing. Butter climbs in and giggles as they play. That is until a caterpillar crawls on the swing. Flick asks if that was the same caterpillar that ate Jelly's giggle melon (Seen earlier near the end of Part 1). Flick got surprised and covered his mouth. "I did it again." He said. Peanut recovers it again by asking mom to go swimming. Flick says that they'll not think about giggle melon. Jelly was furious. She stomps away with everyone else with Flick saying, "What? WHAT?"

Moments later Jelly and her friends happily swam in the lake until it was time for lunch. That is until they thought they saw a sea monster. It was Aunt Nanner with Fishicles! Everyone ate their fishicles. Pinch said that Nannar always brings the best treats. Flick tells her that it was like the time she brought giggle melon. Pinch said she was hoping to get some. Flick asked Jelly how giggle melon tasted. Jelly cries and walks away. Flick yells, "Cheese and Quackers! I said it again!" (Which should have ended Part 1)

Jelly was heartbroken. Peanut and Butter find the kids and Flick had no idea where was Jelly. Peanut tells him that she's upset about her plant. Pinch suggested that they should plant flowers. Butter heads to the garden and finds something familiar - Jelly's giggle melon! Jelly was still heart broken.

They all meet Jelly and tell her the good news. But Jelly was still heart broken. When Summer's almost over, Peanut said that they should go plant those flowers already. Pinch said that Peanut digs up that old giggle melon plant, and then they could plant these beautiful flowers. It think Peanut is going to be goodbye Giggle Melon Plant. Jelly tried 3 weeks, her friends can do it too! Jelly was so happy her friends are going to help her. Mostly when the Noodle Dance begins, Plus, Peanut Gets Into The Sprirt To Dance! they dig shovels over and over again, Pinch spreads around flowers, most and for all and after, Flick gets an idea.

Show Care How Much It Looks

We Have the Brightest Lights

Proud of Herself Again

Mainly see the first time the plant grew and grew even more and more and more! With the help of the big lights and the care and attention of the kids, the giggle melon plant grows and sprouts many melons. Jelly said that there's enough giggle melons for everybody. The kids put giggle melons or the each unit, and show the parents how Jelly and her friends got giggle melons. These one one of us getting a harvest of giggle melons, and into inviting the whole town, the kids cheer their approval of this idea. 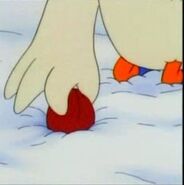 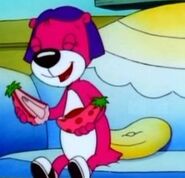 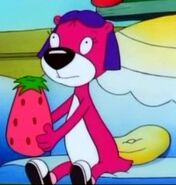 Scene with Mr. and Mrs. Muskrat 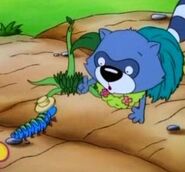